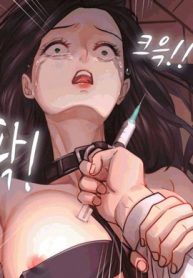 An island villa with nobody. On the small island, SM costume model Jung Ha-yeon and her secretary secretary, Anseo-hu, dream of living alone. However, the man who appeared as the manager of the island was Park Hyun, who was also a shooting partner of Jung Ha Yeon. On a desert island, one woman and two men fall into their world.