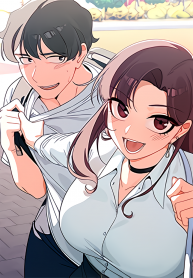 Switch ON Manhwa also known as (AKA) ” 스위치온”. This OnGoing Manhwa was released on 2022. The story was written by Shell and illustrations by KMH. Switch ON Manhwa is about Manhwa  , Comedy, Drama  , Harem , Romance ,  School Life Seinen

She and I talked to our boss in a meeting, and we changed after the boss’s words…..

Manhwa are used to mention the comics from South Korea. That\’s why Manhwa tend to use the background at South Korea with a lot of Korean culture characteristics. Unlike Manga, Manhwa are read from left to right and from up to down.